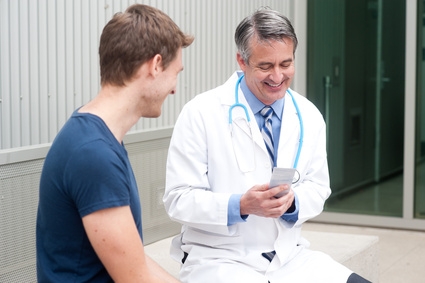 Sex education is usually at the center of controversy when it comes to whether or not it should be taught in schools, however the one place you would hope the conversation is broached is at the doctor’s office. Recent studies however have found that this opportunity to discuss sexual health with teens may be neglected more often than not.

They consensually  recorded and listened to each of the conversations between doctor and patient to see how often sex, dating or anything relating to the two was mentioned to the patient. Only 65% of the conversations mentioned sex in some form but it was usually a very brief topic averaging no more than 36 seconds. Of the recordings, 4% had extended chats about sex during their annual exam.

Many feel this is a missed opportunity to discuss healthy sex practices. The average age that adolescents are beginning to engage in sexual activities has continued to decline.

So why are these conversations being avoided? Researchers believe there could be several reasons for this. Most teens are uncomfortable talking about sex with adults and may not want to speak in depth if simply asked of their activity. Another reason is that doctors are very commonly pressed for time and may simply skim over the topic to shave minutes off the visit.

While teens rarely will initiate the conversation with their doctors, it seems when asked several questions they will answer and feel more comfortable discussing their questions and concerns with a doctor. Hopefully doctors who work with this age group will keep this in mind so that teens can get the information they need to make informed decisions regarding sexual activity.