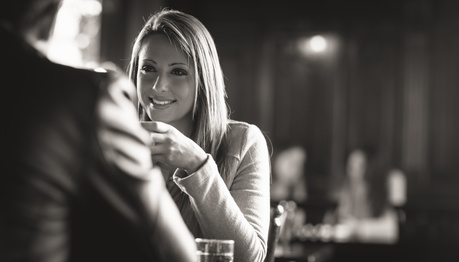 When many singletons are asked about their “type,” or personal preferences for a partner’s appearance, the answer might be something like “it varies” or perhaps “I don’t really have a type.”

According to science however, we all do have a type that is unique to us and it’s likely shaped by our life experiences.

A new study shows that 50% of people’s facial preferences is unique to them. The results also prove that our attractions are most influenced by our past and current experiences with people. The study author also was quoted in a TIME article stating that if we were to rate the same faces for attractiveness with another person, we would only agree 50% of the time.

The scientific research that went in to the study essentially consisted of two unique parts.

The first part of the study had around 35,000 people rate faces for attractiveness on a website. In previous similar studies, the faces that have typically been rated as the most attractive are those with the most symmetrical looking faces. But what about the other faces? What makes certain people find these less symmetrical faces attractive?

This is where the second part of the study comes in.

Most would likely assume that the identical twins, especially raised in the same home environment, would have the most similar levels of attraction. Interestingly enough however, the study proved that their facial preferences differed quite a lot.

Pinpointing the exact reason for these differences is a challenge but it is suggested that we find faces attractive based on similar looking faces we have seen before. If a person’s face is like none we have ever seen, we typically won’t rate it as attractive as someone else who had seen a similar face previously would.

The bottom line: There really IS a perfect match for everyone out there!