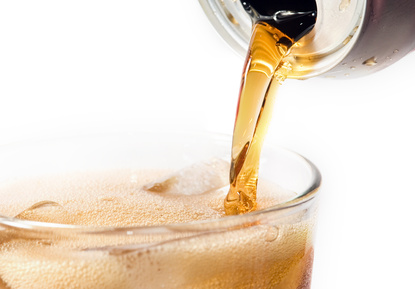 Recently, we have all heard about the health risks associated with sugary drinks. Diabetes and obesity have long been linked to soda intake but a recent study can finally put a number to the risk.

The study gathered health information from 350,000 people in 8 European countries and found that each serving of 12 ounces (about the size of a can of soda) of sugary drink increased the risk of diabetes by a shocking 22%. This is increasingly true for those who indulge in at least one sugary beverage a day. The baseline for the study includes only having a sugary beverage once a month or even less.

Typically type 2 diabetes is most often associated with sweetened drinks.

This may be bad news for the thousands of avid soda drinkers worldwide. At a time when the government is even taking steps to improve American’s health by regulating things like sugary drinks, this study is extremely beneficial.

Many people have already made the switch to diet drinks or have simply excluded soda from their diet altogether as a means for improving their health. No matter how we look at it, soda may satisfy a sweet tooth but it is certainly not healthy for the body.

Aside from the risk of diabetes and obesity, sugary drinks are also associated with enamel loss and cavities.

While we most often hear about the increased popularity of sugary drinks on the U.S., they are often on the rise in European countries, which was also noted in the study.

Essentially when these sugar-based drinks quench out thirst, blood sugar levels spike rapidly to an unsafe level which causes more insulin to be secreted. Over time, these blood sugar patterns may lead to diabetes.