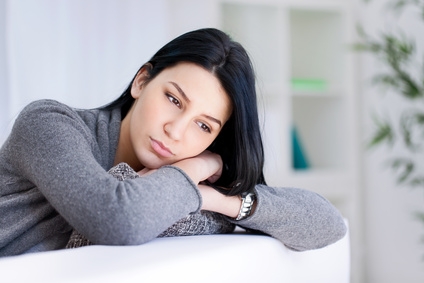 Suicide is one of the most heartbreaking and potentially preventable causes of death not only in the U.S. but worldwide. While proper counseling can lower the risk, many people don’t share their suicidal thoughts with anyone and struggle alone. It’s true that not everyone acts on these thoughts, but each year nearly one million worldwide do.

A new test may take us one step closer to finding warning signs biologically before it’s too late.

In fact, two tragic celebrity suicides rocked the news in the past few weeks.  Gia Allemand a contestent from Season 14 of the ABC show The Bachelor and Lee Thompson, the former Disney star both took their own lives, shocking fans.

The idea that perhaps people could notice a warning sign that would show these suicidal thoughts are taking place is something that may be turning in to a reality in the medical community.

Research, which was published by the journal Molecular Psychiatry, has found biomarkers that are high or low in those who are seriously considering killing themselves. Blood tests were also analyzed from those who had taken their own lives as well to compare.

A group of white men with bipolar disorder were the subjects of this particular study. Those suffering from bipolar often experience extreme happiness and extreme sadness or desperation without much of a middle ground.

What researchers found were two specific genes that appeared to deviate in those with suicidal thoughts. These are called SAT1 and CD24. In those contemplating suicide, SAT1 levels were high and CD24 levels were low. In addition to drawing blood from the study subjects, they were also asked to report their mental state. The men checked in with researchers every three to six months.

In the men who had reported suicidal thoughts during some checkups and not in others, the blood tests from both time periods were tested and the above mentioned trends were seen in many of them.

When blood was drawn from men who had recently committed suicide, their tests revealed the majority of them had high levels of the SAT1 gene as well.

While much is still unknown about what drives someone to end their own lives, this is a step toward finding a physiological difference in their bodies – one that perhaps doctors can spot before it’s too late for the patient to get help. We aren’t there yet, but in the future it appears hopeful this may come to fruition.