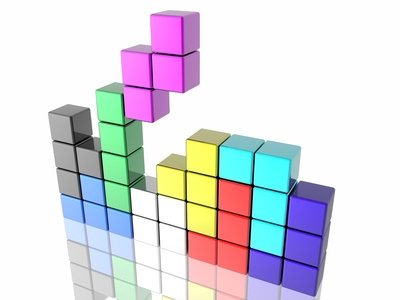 Sometimes innovation in the medical world seems to sprout from the most unlikely of places. A new study has found that the popular game Tetris may be used to help people who suffer from post-traumatic stress disorder.

Those who are effected by post-traumatic stress disorder (PTSD), a type of anxiety often induced by a traumatizing experience, typically report having flashbacks that bring the horror of the past to their present. This new study, which was recently published in PLoS ONE, offers hope to those whose lives are disrupted by these troublesome feelings of panic. Tetris, as opposed to other video games,  is thought to be most effective in people who have very recently been traumatized. It’s study’s authors refer to the game as a potential ‘cognitive vaccine.’

The Study
Researchers in the UK collected a sample group of volunteers to test certain video games effects on those who had recently witnessed a particularly disturbing scene. The 60 people in the study were then shown a variety of disturbing images, including scenes of fatal car crashes and surgeries that were particularly graphic. The effects of the trauma on the people who viewed the images and films was measured by the researchers. All volunteers used in the study reported no prior mental health issues prior to watching these clips and were split into three groups following their graphic viewing.

A half hour later, 20 of the participants spent 10 minutes playing Tetris, 20 played Pub Quiz and the remaining 20 did nothing. Tetris is a video game that has been around for quite some time now. In fact, it was first created in 1984 and continues to be a popular puzzle game today.

Pub Quiz  consists of a variety of trivia questions.

When these separate groups were studied, those who played Tetris reported far fewer flashbacks than the Pub Quiz players and the people who did nothing. Strangely, those who played Pub Quiz reported having more flashbacks than either of the other groups. Four hours later, when the groups were tested again, the results were the same. The subjects kept record of their flashbacks in journals the week after viewing the film and again the same results were found.

Why Tetris?
Researchers believe that these different games stimulate different areas of the brain. Not all video games are likely to help fend off upsetting flashback memories for this very reason. There are two main channels of the brain: sensory and conceptual. Sensory, as the name implies, includes stimulation of the mind in response to anything that involves the senses.  The conceptual portion of the brain is effected by things like emotions or experiences. For example, when a person witnesses something disturbing, this is taken in through the sensory channel of the brain. The conceptual part of the trauma comes in when the person is able to analyze the event.

With this in mind, playing games that involve the sensory channel (like Tetris) actually seems to compete with the images of the terrible events a person witnessed, helping those be pushed from the mind when played shortly after the event. Games like Pub Quiz compete with the area of the brain that breaks down and analyzes the sensory images. Normally, without conflicting stimulation in this area of the brain, people could take time to process and understand the things they were just witness to. When the brain is filled with other conceptual stimulation, however, there is no time to digest and analyze the recent events, leading to more frequent traumatic recall of the events later.

This research was led by Oxford University senior research fellow in psychiatry, Emily Holmes. While future testing is needed before any type of “video therapy” is recommended for PTSD patients, it appears to be an important step toward finding a way to help victims of trauma cope with the memories that return to their minds again and again.

Today, the day that we honor veterans, it is important to celebrate their many accomplishments but also to remember that for some veterans, the day may bring back some painful memories. It’s important to be sensitive to this possibility when we celebrate the heroic efforts of our uniformed men and women this Veteran’s Day.

Do you have something you would like to add?
What do you think about this new study?
Any thoughts on subjecting otherwise non-traumatized subjects to images that are disturbing?