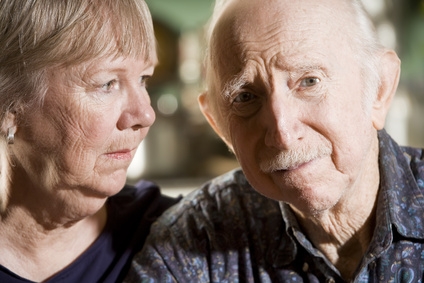 For those who found themselves on the verge of retirement before the economy took a downward spiral, those days of relaxation may seem a bit further off. With many reaching into their savings accounts when layoffs and job cuts hovered dangerously close to the 10% mark, now find themselves unable to retire anytime soon. So what does this mean for America’s workforce? According to a recent article published by CNN, it could mean “senior moments” on the job that really mean something more – the onset of dementia or Alzheimer’s disease.

As you can see by the date that this study was released, there have been some changes since 2006 leading to even more reasons today to add to the list. So we know that people are waiting to retire, but the health complications that can  sprout up on the job as a result are being examined more closely. One of the top concerns is Alzheimer’s disease.  In fact, according to the Alzheimer’s Association, more than 5 million people in the U.S. have Alzheimer’s disease currently and that number is expected to quadruple by 2050.

Perhaps the silver lining in this cloud however is that the workplace is one of the first places that memory problems like Alzheimer’s typically show up. Early detection is important, so with co-workers around, it may be easier for someone to notice that the problem is setting in, therefore, helping the person get diagnosed earlier. So how can you tell if someone is suffering from Alzheimer’s?

Here are a few things to watch for in aging co-workers that may be early warning signs as listed by the Alzheimer’s Association.

1. Memory loss that disrupts daily life
2. Challenges in planning or solving problems
3. Difficulty completing familiar tasks at home, at work or at leisure.
4. Confusion with time or place
5. Trouble understanding visual images and spatial relationships
6. New problems with words in speaking or writing
7. Misplacing things and losing the ability to retrace steps
8. Decreased or poor judgment
9. Withdrawal from work or social activities
10. Changes in mood and personality

To break this down the Alzheimer’s Association has also created a list to help differentiate between the “typical age-related changes” and “signs of Alzheimer’s.”

If you have a co-worker who you suspect may be facing Alzheimer’s disease,  you may be worried about hurting their feelings by bringing the subject up, but in the long run by speaking up you will be doing them a favor.

Have you ever had to go through this before? How do you find out that a friend/co-worker/family member was suffering from the early stages of this disease?