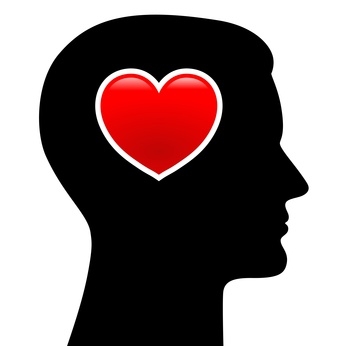 Science has proven time and again that love and bonding are not just mysterious events, they are in fact triggered largely by our hormones, whether we realize it or not. The most well-known of these hormones is oxytocin, which is commonly referred to as the ‘love hormone.’

This hormone activates areas of the brain which stimulate adoration and bonding. Women who are breastfeeding their babies produce oxytocin as a result and this plays an important role in the very new relationship between mother and child. It’s also the chemical responsible for bonding us with our partners once the relationship has turned sexual. While both men and women release the hormone, it has been found that women produce it more frequently than their partners.

(Read other posts about oxytocin here.)

This being said, we normally associate oxytocin with good outcomes and overall well being. A new study has shown that there is a downside to oxytocin production and it may explain why heartbreak following the end of a relationship can last for so long.

We are now learning that oxytocin strengthens ‘social memory’ in a portion of the brain. As a result, if something upsetting happens, oxytocin producers will often recall the event and feel more stressed than normal. In fact, they are more likely to respond to stressful activity with more anxiety in the future.

What’s important about this study is that it is providing another insight into what causes anxiety and depression in some people since these are very common conditions. In fact, currently oxytocin is in testing to see if it could be useful as an anti-anxiety drug. If fear and anxiety are an unwanted side effect of the hormone, this could significantly change the course of those trials.

Scientists found that oxytocin triggers a signaling molecule called ERK. When this is activated, it can last for up to 6 hours following an upsetting social experience and can produce feelings of fear and anxiety.