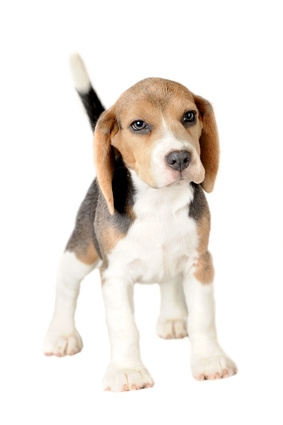 Just when you thought you knew all the reasons to love dogs! It appears that with some specialized training, your canine companion could be the latest to join hospital staff in patient monitoring.

Dutch doctors have been testing their theory that Beagles (who are known for their excellent sense of smell) can sniff out a deadly bug called Clostridium difficile, which is common in hospitals and extremely contagious.

After two months of training, the 2-year-old Beagle named Cliff was able to sit or lie down whenever he picked up the scent of the potentially deadly bacteria that can lead to colitis. When the dog was tested on his accuracy, he correctly identified the presence of the bacteria in nearly 50 stool samples and he ignored nearly another 50 which were negative.

When Cliff’s nose was put to the test identifying the smell of the bacteria around the patients in the hospital, he was once again extremely accurate. He identified 25 of 30 sick patients and 265 of 270 who were not infected with the bacteria.

When it comes to identifying the superbug, it’s important to catch it right away and with the possible use of dogs, there is now a non-invasive way to detect the pathogen and one that seems to rule out human error. If the infection is detected early, the likelihood of passing it on to others diminishes. Current testing typically occurs after the symptoms have begun and therefore the infection is likely already spreading throughout the hospital to other patients.

The idea sprung from a rather grotesque observation by a nurse who said the smell of diarrhea from the sick patients was distinctive. Naturally this lead doctors to think that if a dog’s nose is far more sensitive than a human’s, then surely the pathogen could be identified with far more accuracy by a dog.

The main challenge of using a dog for the diagnosis (as identified by the doctors) is that they may be distracted by the actions of the patient. When the doctors attempted using the dog in pediatrics, the children often were so excited they distracted the dog from his work. Others simply were uncomfortable having a dog near them.

More research will continue and perhaps it is just a matter of time before more canine diagnoses are being made.