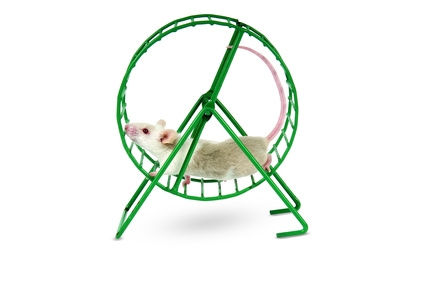 For many, deciding when to work out comes down to whether they are naturally morning people or night owls. Some get up and  run before work, others close their day with an aerobics class.

According to a recent series of studies, the time of day you  exercise can actually impact the benefit to your body.

As explained in a New York Times blog on the topic, the body essentially runs on rhythms though we typically don’t consciously think about it. Our brains, liver and heart are controlled by the circadian rhythm says Christopher Colwell, leader of the series of experiments in the NY Times.

So how does exercise factor into the rhythm? It appears that it may impact our internal clocks.

The experiment conducted by Colwell, a professor of psychiatry at the University of California, Los Angeles’s Brain Research Institute, was tested on mice. These mice consisted of healthy and young animals in addition to mice who were breed to have internal clocks that were malfunctioning. The cells in the brain responsible for keeping track of the time of day are called pacemaker cells and they are often spurred by light or dark.

While the importance of the internal clock is often overlooked, think about how you felt the last time you traveled somewhere in a different time zone? Your body is thrown off when it’s dark out and you are expecting it to be light and vice versa. When sleep patterns are disrupted, your body is at a greater risk of health problems.

So how does exercise factor in?

The mice used in the experiment were split into test groups. Some had access to the running wheel constantly, others upon waking for a period of time and still others later in their day. When the results were studied the young and healthy mice all showed an increase on protein production in the “internal-clock cells,” no matter when their activity took place.

The mice with internal clock abnormalities, however, began showing improvement in their pacemaker cells and while internal clock signals rarely made it to the rest of the body before, they soon began making their way to the hearts and livers of the animals within weeks of exercising. In the mice from this group that exercised in their afternoon (it’s a bit backwards since they are nocturnal) there was even more improvement.

While this study has raised some interesting points about exercise and it’s impact on the internal clock. researchers say it’s too soon to start changing exercise patterns based solely on this experiment. It does, however, give us more insight into yet another way our bodies are impacted by exercise.