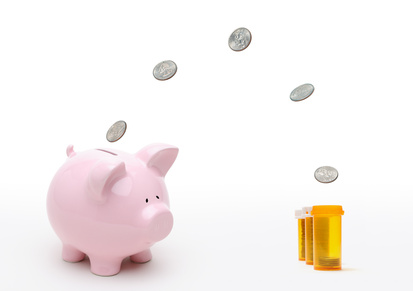 According to a report issued Thursday from the Centers for Medicare and Medicaid Services (CMS), health care spending will grow faster than the gross national product between 2010 and 2020. By the year 2020 health care spending is expected to reach 4.6 trillion dollars a year; that is the equivalent of nearly $14,000 per every man, woman and child in the U.S. According to the report this will amount to $1 in every $5 in the U.S. economy up from the current $1 in $6 or 2.7 trillion dollars.

Due to the current recession, losses in jobs and private insurance coverage caused a rise of only 3.9% in health care spending in 2010. With 5 million Americans losing their health benefits last year private health insurance spending grew only 2.6% and with so many people struggling financially there was very little growth in out of pocket spending but thanks to a recovering economy this number is expected to increase to 4.9% between 2011 and 2013.

On the upside President Obama’s health care reforms, which will extend coverage to 30 million people, will barely have an effect on the projected spending increase. According to the CMS report spending will increase only 0.1% more than the projected average had the Affordable Care Act not been passed. The report also did not take into account the millions of dollars that are anticipated to be saved thanks to new preventative care initiatives, bundled payment programs and support for accountable care organizations. The real reason health care spending is surpassing the economy is the high cost of developing medical technologies and an aging society that thanks to high rates of heart disease, diabetes and obesity, are consuming a greater number of services.

The Cost of Developing Medical Technology

It’s one of the key contributing factors to the increase in health care spending but is it even helping to improve health care, not according to many health experts. According to a report by the Commonwealth Fund, despite the massive spending on new technology, over twice as much as other leading economies spend annually, the quality of our healthcare actually lags behind that of other developed nations.  According to Dr. Winifred Hayes CEO of Hayes Inc., a health technology research and consulting company, the U.S. spends billions of dollars every year on expensive new medical technologies that do little or nothing to improve the quality or safety of health care. She was recently quoted as saying “We spend billions on robotic surgery, proton beam therapy, and 64-slice CT scanners that don’t improve care or, worse yet, may not be as effective as the existing technologies they replace.” She is advocating for evidence-based decision making to improve patient care and determine healthcare resource allocation.

Ultimately despite the overwhelming price tag many are optimistic about the direction health care in America is headed. With the implementation of the Affordable Care Act millions of Americans will finally have access to affordable healthcare without increasing health expenditures and with more young Americans gaining access to preventative medicine perhaps future generations will put less of a strain on a system that is already stretched too thin.