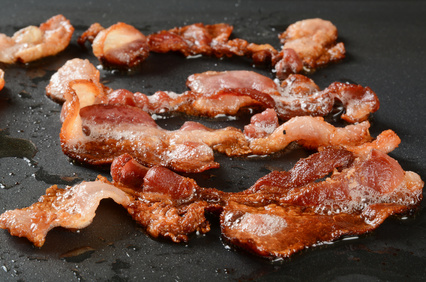 It seems we have become a nation obsessed with bacon. We have bacon candy, bacon cookies and basically bacon-anything-you-can-imagine, but a new report now shows a link between processed meats and cancer.

For years there has been worry that bacon causes certain health concerns but it hasn’t seemed to slow down the nationwide obsession, now there is more concrete evidence that this meat may be causing our bodies some serious harm. The World Health Organization has recently announced that the International Agency for Research on Cancer has classified processed meats as carcinogenic.

It’s not entirely known why this connection occurs but it appears that signs point to nitrates, a preservative found in processed meats, as the possible source of the problem.

According to a TIME Health article on the issue, the controversy surrounding nitrates and processed food isn’t all that new. In fact, it began in the early 70s with Ralph Nader pointing out the dangers of unlisted chemicals (like nitrates) in processed meats. Research continued into the late 70s when the U.S. Assistant Agriculture Secretary for Food and Consumer Services ordered that nitrate amounts be reduced in meats due to a possible cancer link.

So how is it possible we still have nitrates in meat today?

In the 80s, those supporting the billion dollar nitrate industry produced another study which suggested the previous cancer-link was not accurate. It now seems that there may have been some truth to the original research…

So what does this latest announcement mean? Well, bacon lovers, unfortunately you might want to consider the chemicals, and not just the meat, that you are consuming.