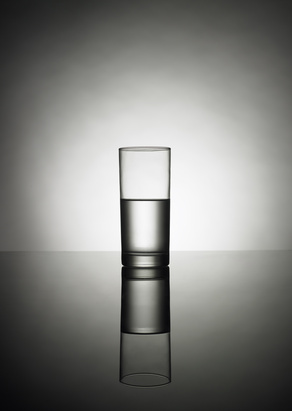 Tired of people telling you to look on the bright side? Turns out sometimes being angry, negative, even letting out a four letter word can be good for your health so the next time someone tells you to cheer up don’t be afraid to tell them you’ve got everything under control.

Most of us have been told that in order to succeed we need to think positive; envision ourselves succeeding but it turns out that being pessimistic does not necessarily have to be a self fulfilling prophecy. Because pessimists tend to foresee all the things that can potentially go wrong they can prepare themselves for any number of scenarios and they tend to be far less devastated when things don’t work out. In fact people who regularly engage in defensive pessimism tend to be successful and high achieving.

While some are criticized for having a temper, allowing yourself to be angry in an unfair situation is better for you than keeping all those feelings in. Not that anyone should let their temper run wild but controlled anger in the face of an unjust situation releases less of the stress hormone cortisol than keeping your feelings bottled up.

It might not always be the most ladylike response but in the case of a stubbed toe or a burn on the oven door, letting out a four letter word can actually reduce the amount of pain that you experience. According to researchers, swearing activates the brain’s stress response; releasing adrenaline and raising a person’s threshold for pain. Much like a dog howling when its tail is stepped on, humans are hard wired to let out a cathartic swear word when in pain.

Doodling When You Should be Paying Attention

Do you beat yourself for not being able to focus during meetings or lectures? According to research conducted by the University of Plymouth drawing while listening can actually increase you ability to retain information by up to 30%. Doodling occupies the same part of the brain that would otherwise be used for daydreaming so keeping your pen to paper can actually stop your mind from wandering.

While spreading malicious rumors is never justifiable, swapping the latest celebrity gossip with a friend or coworker can actually be beneficial to your relationships. Gossiping strengthens bonds, cements friendships and allows you to check in with your own moral compass. Just remember that what you say can and will be used against you if you’re not careful.

While no one wants to be a downer all the time it turns out that you don’t have to be a Susie Sunshine all the time either. Being aware of how you are feeling and learning how to use it to your benefit is far healthier than keeping your head buried in the sand when things aren’t going your way.