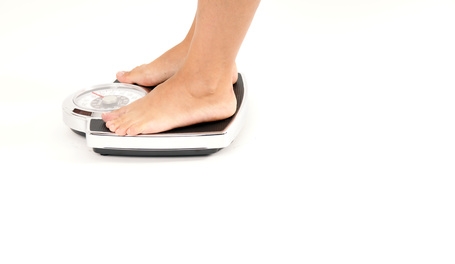 Women have struggled for centuries to perfect their bodies – from corsets to the ever-popular modern day version (Spanx)  we have been squeezing it in for some time now. However, the appearance of being a healthy weight is actually less important for your body than being a healthy weight, no matter what mixed messages society sends us.

A new study shows that when we maintain a weight that is above our healthy BMI, we are risking a very important part of our womanly curves – out breasts.

It’s been a well established fact in the medical world that women who are obese and past the point of menopause are more likely to be at a higher risk of breast cancer. New research shows that younger women are at risk as well. A scary thought at a time when obesity is running rampant in the United States.

Triple-negative breast cancer (the most aggressive form) is noted by the low levels of HER2 protein, estrogen and progesterone. While it is the most aggressive form, fortunately it is not the most common only affecting about 10 to 20 percent of all women with breast cancer. The prognosis however is not a good one. But with the information provided from this study, perhaps we have yet another defense within our reach.

The 155,723 participants (postmenopausal women) of the  Women’s Health Initiative study were observed over a 15 year period. During this time their exercise habits, BMI and height and weight were recorded. Depending on their BMIs they were divided into 4 separate groups. They were monitored for heart disease, osteoporosis and cancer.

Originally, when medical professionals believed women who were past menopause and obese were the main ones at risk, it was believed that hormones had a lot to do with this. As it has now been examined further, it appears that insulin production at any age may also play a role in the growth of tumors associated with breast cancer.

To sum up the findings, the below information (quote and paragraph) was reported by Bloomberg Businessweek –

The study “confirms that obesity [and cancer risk] is not just an estrogen problem,” said Dr. Joanne Mortimer, director of the women’s cancers program at the City of Hope Comprehensive Cancer Center in Duarte, Calif., who reviewed the study but was not involved in it.

“It’s not just the problem of the estrogen feeding the cancer cells,” she said.

While no one like to think about the “what-ifs,” looking at your risk factors for cancer is a great practice in preventative health care. While a monthly self breast examine is smart practice for women of any age, in addition you may want to  also self-assess your habits and behavior. Every year as the old year fades into the new and resolutions are made, diet fads are advertised left and right or miracle clothing to “suck in here” and “push out there” hit the market, but it may be time to not just make your body look great but to also make sure you are maintaining a healthy BMI.