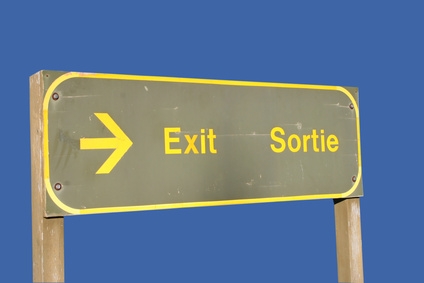 Whether we learn a second language in school or while vacationing abroad, it might be wise to hold on to this talent as long as possible. Learning a language sort of adheres to the  “use it or lose it,” theory and in light of new research there is even more motivation to keep exercising your language skills. While there is no way to completely avoid the onset of Alzheimer’s (that we have discovered yet), a new study proves that bilingual people may be able to fight off the symptoms of the disease longer than their single-language-speaking peers.

According to a recent TIME article, this study consisted of 450 Alzheimer’s patients. When divided into those who spoke one language and those who spoke at least two languages for most of their lives the results proved that bilingual patients actually were able to ward off symptoms four or five years longer.

What is Alzheimer’s Disease
According to the definition provided by the U.S. National Library of Medicine, “Alzheimer’s disease is one form of dementia that gradually gets worse over time. It affects memory, thinking, and behavior. Memory impairment, as well as problems with language, decision-making ability, judgment, and personality, are necessary features for the diagnosis.”

The older you become the more at risk you are of developing this form of dementia. Other risk factors include family history of Alzheimer’s, history or head trauma and being female.

How can speaking two languages have an impact on dementia?
According to the article, this may be due to “cognitive reserve.” Basically this means that when someone learns to speak more than one language, the brain is working harder. The ability to switch from one language to another is like gymnastics for the brain and this in turn helps the brain compensate more fluidly for the changes caused by Alzheimer’s.

So what if you know even more than just two languages? Well your brain is that much better off according to a second study which is scheduled to be presented at the American Academy of Neurology’s annual meeting this April. This study included 230 people and concluded that when people speak four or more languages they are five times less likely to develop these dementia-related problems than even those who are bilingual. Additionally, those who spoke three languages were three times less likely than bilingual people to suffer cognitively.

Don’t speak another language? According the TIME article, it’s not too late. You can still benefit by learning at any point in life. It’s all about exercising the brain and by learning, even in your later years, you are still making the brain work harder.