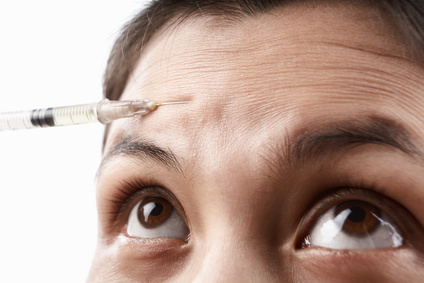 Baby boomers are rapidly approaching their so called golden years but they have no intention of growing old gracefully. From Botox to beauty cream, from lipo to HGH this is one generation that is willing to pay any price to keep youthful appearance.

Global Industry Analysts, a market research firm, has projected that the current $80 billion anti-aging industry will grow to $114 billion by 2015 as aging boomers decide how what lengths they will go to stave off the hands of time. Unfortunately for those who are opening up their check books there are many snake oil salesmen out there all to happy to make grandiose claims and promises while preying on the insecurities of a society that places such value on appearance. Not only can these products fall short of the anti-aging mark they can also be downright dangerous. The National Institute of Aging even warms consumers to be aware of scams when it comes to anti-aging articles, saying despite the many claims there is no treatment discovered so far that can slow or reverse the aging process.

Despite the lack of a fountain of youth housewives to celebrities are throwing enormous amounts of money into costly treatments and procedures. Plastic surgery can cost over $10,000 a procedure, Botox will set you back on average $400 twice a year and Human Growth Hormone (HGH) can run about $15,000 a year and don’t think that you’re insurance will be helping out.

Aside from the high cost there is also the issue that the FDA does not monitor anti-aging vitamins, supplements and cosmetic products the way they do prescription or over the counter medications. While occasionally they are able to crack down on companies intentionally making false claims there are too many products and the implied effects of using these products is usually just on the legal side of fraudulent making it not worth the agencies time to investigate.

Of course the anti-aging market has its supporters as well, and many of them are physicians. For example the American Academy of Anti-Aging Medicine has more than 22,000 members, most of whom are physicians that meet in conferences all over the world every year. They defend the industry saying that many of the effects of aging can be treated with medical intervention. Not only can people look younger but they believe that they can maintain a higher quality of life until an older age thanks to the many supplements and procedures available.

While people will always be eager to try any product claiming to reverse the sign of aging sometimes the real solution is very wimple. A healthy diet, exercise and sun block are still hands down the most effective way to slow down the march of time and ensure a long life of good health.