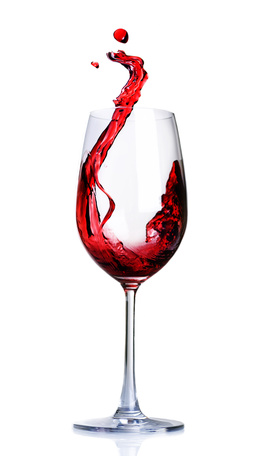 Good news for those who enjoy a glass of merlot with dinner. We already know that drinking in moderation can help ward of heart disease, stroke and even possibly reduce your risk of diabetes but a new study indicates that moderate drinking can also help ward off memory loss, Alzheimer’s and other forms of dementia. But before you go breaking out the bottles keep in mind that moderation is the operative word when it comes to the health benefits of alcohol.

The new study, conducted by researchers at Loyola University Chicago Stritch School of Medicine looked at 143 studies that have been conducted since 1977. These studies included 365,000 participants spread across 19 countries and compared drinkers to non drinkers. 74 of these studies were designed to test the effects of alcohol on dementia risk and the other 69 on memory problems.

The researchers found that moderate drinkers were 23% less likely to exhibit signs of memory loss or Alzheimer’s than those that abstained. They also discovered that heavy drinkers were slightly more likely to suffer dementia as they aged than non-drinkers but those findings were far less statistically significant.

While researchers are not sure exactly why there is a correlation between moderate alcohol consumption and a lower risk of dementia they do have a few theories.  Alcohol may reduce inflammation in the brain. Inflammation is believed to play a role not only in Alzheimer’s and dementia but in the risk of heart attack and stroke as well. Another theory is that small amounts of alcohol may stress brain cells slightly making them more fit and capable of handling high levels of stress that can contribute to dementia. This study seemed to indicate that wine offered the best prevention against dementia, perhaps because of its antioxidant properties, but not enough information was available to make a definitive ruling.

Whatever the reason, researchers warn that this is not necessarily a cause and effect situation and do not encourage non-drinkers to pick up the habit just yet. It is possible that people who drink in moderation lead an overall healthier lifestyle. Exercise, social engagement, cognitive activity, an optimistic outlook and healthy diet are all essential in warding off Alzheimer’s and memory issues.