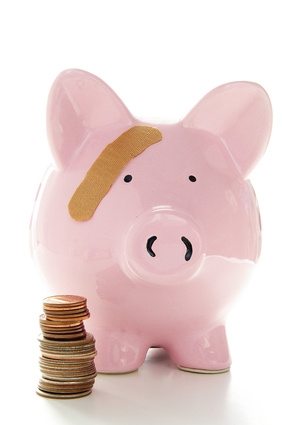 Democrat or Republican, if you are a baby boomer, new health care  changes are about to benefit you more than any other age group.

Yesterday, I briefly outlined what we can expect to see in 2011, as well as the details regarding the recent Federal Judge ruling.

Today, a new report showing what this means precisely to baby boomers was released by the Commonwealth Fund as the sixth report in a series exploring the projected impact of the new health care reform. While some of the benefits will be noticeable right away, others will be in full-effect by 2014.

In this report,  “baby boomers” are considered to be adults ranging in age from 50 to 64. So why does this group see the most advantages? Well if you think about it, it makes sense. This is the demographic where health needs begin to transition, conditions often appear and preventive care becomes even more important. All this translates into extra money spent – and soon, extra money saved.

For ages it’s been the same question asked in frustration, “If I have a serious illness that requires medical care, then why am I excluded from affordable health care?” Soon, this will be a quandary of the past as part of the Affordable Care Act.

According to a  co-author of the report, Sara Collins, there are slightly more than 8 million Americans without insurance and around 10 million adults who are considered “underinsured” based on the extremely high out of pocket expenses they pay. Nearly 75% of baby boomers are neglecting important health care because of medical cost and others are continuing to fall deeper in debt while struggling to maintain or regain their health.

On the brighter side, an estimated 18.3 million men and woman of baby boomer age are expected to find some relief soon and benefit from the upcoming changes.

So how does yesterday’s ruling effect this? Basically, it won’t. At least, it shouldn’t. There was one section in particular in question, and subsequently ruled unconstitutional. No matter whether it is intended to be a “penalty” or a “tax,” the government penalty and repercussion for those who are uninsured is nulified…at least for now. This ruling will be appealed.

As far as what we do seem to know for sure – baby boomers will truly receive some benefit from the following as listed in a HealthDay article by reporter Amanda Gardner.

1. More than 100 million people will not have to worry about a lifetime limit on insurance coverage.
2. Those who do elect to have coverage will receive (at no extra cost) additional preventitive care. This will include mammograms, vaccines and other screenings.
3. A clause which will help those who would like to retire early to receive health benefit reinsurance.

Of all the baby boomer areas, Florida is known for its great weather and great home for many a retiree. States that have the highest rate of uninsured retirees include Florida, New Mexico and Texas and subsequently these are the areas where baby boomers will collectively see the benefit of the new health-care reform.

What part of the new plans for health care are you most excited about? Do any parts worry you?