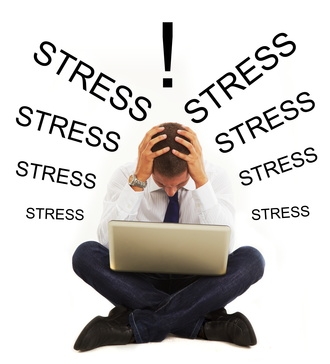 Feeling stressed? According to a new study this anxiety may actual make you a more helpful person.

According to a recent study, when we are stressed out our natural inclination to preserve ourselves kicks in and that means being helpful and cooperating socially for survival. While most of our stress today is not life threatening, it’s still those natural instincts that fuel our actions in the modern world.

As described in a recent TIME article on the subject, at first glance it seems this is the opposite of what most of us do when we are stressed. We see a stranger in distress and rather than help out, we pass by in a rush on the way to an appointment we are running late for. The explanation offered by researchers for this behavior is that because these are strangers, our natural inclination to help doesn’t kick in under stress.

Those in relationships were more apt to chose the option that would be beneficial to their partner, even if it meant sacrificing their own needs. This is because we are wired to sacrifice our needs occasionally so we can continue to have to social support of those who are close to us.

If we were to help strangers when we feel like things are spiraling out of control in our own lives, there would be no real benefit for our survival.

As much as we have evolved, it’s interesting to see how much of our behavior has roots in our ancestry. This is another case of our behavior reflects our need for survival.