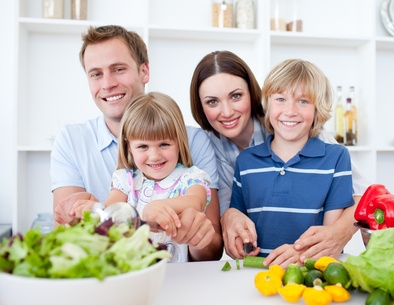 The notion that money motivates is far from revolutionary, but when it comes to how that can translate to a healthier lifestyle, you may be surprised.

A recent study found that when employees are offered a small cash incentive to incorporate healthier practices into their home, many are more than willing to oblige.

IBM tested out this concept in a study which was released online today, October 4th, and will appear in the November issue of Pediatrics.

The company offered it’s employees a variety of options to help promote healthier lifestyles for their families. A $150 incentive was also offered for those employees who wished to take part in, and complete, the 12-week program. Options included reducing TV/computer usage as a family, exercising more frequently and adding more veggies to family meals.

This  program was well received by employees and of all who chose to participate, 50% followed the program to completion.

Perhaps the concept of this isn’t too shocking when we look at the factors involved here. For one, the economy, while improving ever so slowly, it still not quite up to par. Now more than ever when cash incentives are offered, it makes sense that people are more willing to take advantage of them. Secondly, when presented with the opportunity to improve the overall health of your family, many would find it difficult to turn that down.

With America’s overwhelming obesity problem, especially among children, perhaps this study has discovered  a win-win situation. While it may be somewhat costly, especially for smaller companies, having healthier employees means happier, more productive employees and that can lead to lower insurance rates and less sick days – perhaps making the investment worth it after all.

Across the United States, IBM has more than 40,000 employees and 80,000 children insured by IBM’s health insurance plans. The first incentive for employees to take a stance on the health of their families began in 2008 and was called the “Children’s Health Rebate” program. A little over half enrolled in the program and placed specific goals for their own families. The employees kept track of their progress on by keeping a written record of how their families were doing in the quest to stay healthier and meet their specific goals. A little over half of those employees who originally enrolled completed the program and reported that their families spent less time with electronics and more time living a healthier lifestyle during the 12-week period.

Though the accuracy of the numbers produced by the study are questioned by some, as the results are reported by the employees themselves, it appears to be a safe assumption that when an incentive is offered, more employees are motivated to look after their own health, as well as the health of their families.

This is a concept currently being explored by more and more companies as insurance policies continue to raise premiums. Lack of exercise and poor health habits are the dominating factors for doctor and hospital visits, sick days and lowered productivity. Many employers are starting to see the value of creating an incentive for healthier employees. Many have even begun implementing cash based incentives for employees who quit smoking as well as discounted gym memberships for those who are interested.