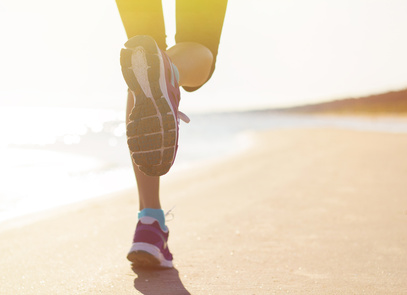 It’s no surprise that exercise is good for us, but what many may not realize is that it can actually lead to a longer life. New research shows that “vigorous exercise” is responsible for preventing chronic disease and early death. When it comes to defining exactly what constitutes as “vigorous” there has been much debate.

This recent study was conducted by researches for James Cook University and the University of Sydney. More than 204,000 participants were tracked, all over 45 years of age, for six and a half years. These participants were then divided in to groups based on the intensity of exercise. One included those who took part in moderate activity (household chores, swimming, social tennis games), the next group was divided by those who took part in vigorous exercise (think jogging, competitive tennis or aerobics) up to or more than 30% of the time.

The results proved that those who fell in to the category of vigorous exercise 30% of the time had a 9% lower risk of death and those who exercised vigorously reportedly more than 30% of the time actually had even greater results by lowering their risk by 13%.

According to an article on the study, the standard guidelines show that two minutes of moderate activity are about equal to one minute of vigorous exercise.

If you are interested in stepping up your work out routine, check with your doctor first to assure that your body is healthy enough for vigorous exercise.