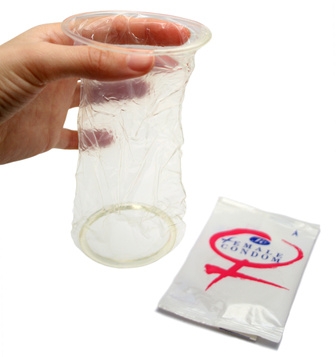 While most of us (hopefully all of us) have heard of the traditional male condom, perhaps there is another form of birth control we are overlooking. Watch out boys, here comes the safe sex diva, the female condom. Okay, I’ll give you a second to think that concept over…

This seemingly different take on safe sex is actually not a new concept at all (first appeared in 1993), but simply one in the middle of a comeback. Valentine’s Day sparked many campaigns nationwide to make contraception easily available. As mentioned in a USAToday article, San Francisco’s health department gave out female condoms (referred to as FC2s – since they are the second generation) in many neighborhoods in the city.

Walgreen’s also stocked 10% of it’s stores (in cities with high rates of HIV) with three packs. According to the article, New York and Chicago have also joined the female condom movement and have even suggest it’s use in men who have sex with other men.

(Below is Information from Avert.org)

How the female condom works
The female condom is essentially a 17cm (6.5 inch) long nitrile pouch with flexible “sheaths” at both ends with one end closed off (much like a male condom). The woman inserts the closed end into her vagina (much the same way she would insert a tampon)and then has the outside ring part around the entrance of the vagina. This helps secure it in place during intercourse. This provides protection for both the man and woman and is sometimes preferred due to it’s comfort by both men and women.

Tips for proper use
To avoid displacing the condom, the penis should be carefully guided into the opening so as to not upset the placement of the protection. It may feel strange at first, but the more you use it the more familiar you will become with the feeling.

It’s believed that the use of the female condom will become more popular with time. It is a great protection option for countries with a high incidence of HIV and other STDS. In other countries, the female condom is more widely used and even in France, there are both female and male condom dispensers at many locations.

What do you think about female condoms? Would you or your partner ever use them?