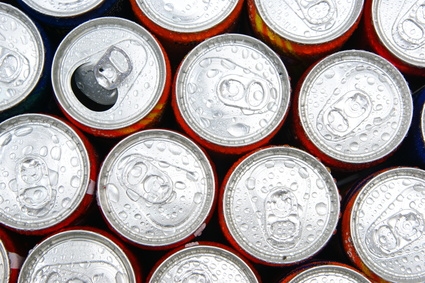 If you have been watching the news lately, you’ve likely been bombarded with all the  “buzz” surrounding the seriously potent caffeine and alcohol drink, Four Loko. This week, with the FDA hot on their trail, Phusion Projects (the makers of the drink) have announced that they will be removing the caffeine from Four Loko.

If you visit the Four Loko site, you first need to confirm your complete birth date, read some legal jargon to make sure you are over 21 and then, once again, confirm your birth year. It seems that while the website is designed to discourage underage drinking, the product that has been offered up until the past few days, is not, according to it’s many opponents.

On the product site today, after verifying your age, you are immediately redirected to a Phusion Projects press release titled – “Phusion Projects to Remove Caffeine, Guarana and Taurine.”

In this release, the makers continue to stand by their belief that the combination of caffeine and alcohol is not an unsafe one, as the general public and the FDA have suggested. However, the three co-owners of the company have decided to wave the white flag and make changes to the drink, in order to calm to growing concerns of regulators and many parents nationwide.

The drink comes in a can that is brightly colored and resembles other energy drinks – ones that do no contain alcohol. Many believe this is a marketing attempt to transition young energy drink enthusiasts to expand their tastes to energy drinks containing alcohol. While the company makes it clear that their beverages are only for those 21 years and older, perhaps their marketing is making a more subliminal claim.

In just one 23.5 ounce can of Four Loko, the liquid is12 percent alcohol and 24 proof. This isn’t your average cocktail party drink, this is a drink that calls to the college crowd and even high school students – it’s perhaps a lethal “party in a can.”

A recent story from Mesa, Arizona, was one of many highlighting the dangers of pairing this high energy, high alcohol drinks with teens.

On Sunday, an 18 year old driver smashed her SUV into a tree after playing “beer bong” with Four Loko at a friend’s house. The scene of the accident revealed no signs that the teen even attempted to stop the vehicle as she ran through an intersection, went over a curb and straight into a tree in a neighborhood front yard. Though the teen fortunately survived, she has several spinal fractures. Perhaps the most astounding part is that they believe she had a blood alcohol concentration of .15 at the time of the accident,however, pending lab work may reveal that it was even higher.

So how does Four Loko differ from other alcoholic drinks? According to the Centers for Disease Control, caffeine is known to mask the typical depressant effect of alcohol. Basically this results in a very drunk and very energetic person. CDC has also speculated that people who drink these alcohol/caffeine beverages are three times more likely to binge drink than those who avoid mixing their alcohol with caffeine.

In light of all the controversy, and continual claims that Four Loko is safe, caffeine will no longer be a part of this controversial drink.

Do you think it is right for the FDA to put the pressure on the makers of Four Loko? Can parents blame this company for marketing to teens or should it be the parents responsibility to inform their kids of the dangers of drinking any type of alcohol?