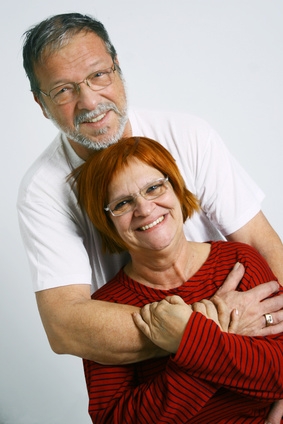 Male menopause is  a condition that many have a hard time  comprehending. Just because women have been acknowledging the symptoms of menopause for some time now, men suffering from “male menopause,” medically known as andropause, have been suffering silently for years.

Last year, a  federally funded six month research study for a testosterone gel was abandoned when the study participants were showing a large percent of cardiac difficulties. It was very difficult, however, to pinpoint whether these medical problems were at all related to the gel or if they were simply average percentages for the older age group which was involved in the study.

So why is andropause a problem for men? It’s estimated that 4 million men currently suffer from this lesser known condition in the United States.  It is characterized by an abnormally low level of testosterone, commonly associated with aging. These lowered hormone levels can lead to lack of energy, sexual drive and mood changes. Typically the decrease in testosterone in men happens more slowly than the decrease in the hormone of women during menopause.

The latest study conducted to monitor the effects of a testosterone replacement therapy on men with abnormal levels is currently underway. This $45 million study financed by the National Institute on Aging will hopefully solve the questions surrounding the potential benefits of testosterone replacement in men. The study is currently taking place across 12 medical centers and will be researching the effects on 800 men who have abnormally low levels of testosterone over a one year period.

It could be years before any additional types of therapy are put into action since long term effects and fears of an increase in the incidence of prostate cancer has lead researchers to approach additional therapies with caution.

Currently there are several options that for men available today, though for many of these the long-term effect are not fully yet understood. The most common reason that many men choose to try any of these is related to their lack of sexual vigor. These treatments now include intramuscular testosterone injections, implantable testosterone, transbuccal testosterone, the TRT patch as well as gel and oral therapies. Oral therapy, however, is commonly avoided since it is known the have some ill effects on liver health.

With the new study fully underway, we may be able to understand exactly how beneficial these and future testosterone therapies may be for helping to curb the unwanted side effects of decreasing levels of testosterone. Like most things in the medical world, it may take some time to fully understand all there is to know about the condition and it’s potential treatments, but for those who are suffering, it may be reassuring to know that this all-to-real medical condition is not being overlooked.