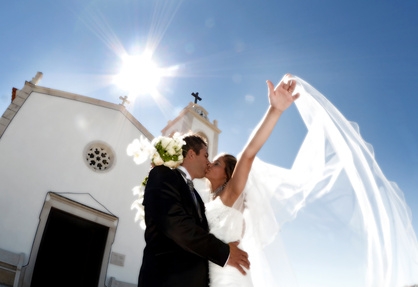 While there are more theories than you can even begin to sort through regarding what makes a marriage last, there is now one more to add to the mix. This one however has less of a romantic and more of a scientific twist. According to the latest studies, the way in which you handle a bad relationship may come down to your genes.

Yup, that’s right. Your likelihood of having a good marriage may be written in your DNA.

The genetic variant called 5-HTTLPR may greatly impact the way you handle relationships and it’s something you probably didn’t even know existed unless you studied genetics in-depth at any point in your life.

So how does it work?

Recently researchers came across this finding at the University of Berkeley. Essentially science is pointing to a genetic variation that can make you  more likely to put up with a bad relationship and subsequently, a bad marriage.

We have all met people in our lives who we just can’t understand why they stay in the relationships they do. And the opposite extreme 0f those people who seem to bail out the moment they spot potential trouble. While of course experience and other personal issues come into play, there may be more at work here than we ever knew.

One hundred married couples were studied at a genetic level for over 13 years.

So first off, what exactly is 5-HTTLPR? Essentially it is involved in regulating serotonin which has a large impact on our emotions and our happiness. According to the research, those with 2 short 5-HTTLPR were unhappier in their marriage than those with with 1 or two long 5-HTTLPR who didn’t have the same negative emotional response to potentially difficult parts of marriage.

While you may not have the ability to know what your genetic code looks like, it does come from your parents and while their happiness is not a direct reflection of what yours will be in a marriage, it can help you have a little insight into how your own tolerance in relationships may look.