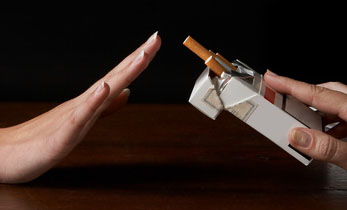 Seventy percent of smokers say they want to quit, but it’s not as easy as that. In fact,  quitting can be the hardest thing a person does in their entire life.

An article in MarketWatch discusses some recent studies that were published by the CDC and the North American Quitline Consortium. The findings: Use a medication, and use a support program. People who include these two aspects into their attempt, experience a much greater success rate. Areas that have enacted public-smoking bans, and have funded support programs, have the best success rates.

There are great reasons to quit. According to the article: “Tobacco use is the No. 1 preventable cause of disease, disability and death worldwide. About 443,000 Americans die from either smoking or secondhand exposure to it annually, according to the CDC. Another 8.6 million Americans have a serious illness caused by smoking, and smoking costs the nation $96 billion in medical costs and $97 billion in lost productivity annually.”

The article also talks about the benefits of quitting: “Keep in mind there is no age too old to quit, and you will likely add years to your life. Improved breathing is an immediate benefit, and elevated risks for heart disease, stroke and peripheral vascular disease go away within just a year or two. Lung-cancer risk reduction takes longer, but is down by about one third after a decade of being smoke-free.”

There are many medications available to help you quit. There are nicotine patches and gums, and some non-nicotine drugs that help curb cravings and calm the nicotine withdrawal symptoms. Many of these require a prescription, and can seem expensive. But the cost is generally less than the average cost of cigarettes for the same time period.

Phone-based or web-based support programs help smokers quit by giving advice and answering questions. Most will schedule a routine set of follow-up calls, where someone from the quit-line calls the quitting smoker occasionally to see how they are progressing. These contacts can really help a quitter be successful and every state has a state-funded quit-line support program. Web-based chat forums and support groups are also becoming more popular. Recent research shows that they are especially effective when combined with a phone-based program.

The secret to success? Utilize an assistive medication, and seek a support system. 1-800-QUITNOW is a hotline that is connected to the quit line in every state.

At KwikMed.com, you can complete an online medical history assessment, and get a licensed prescription for Chantix(TM) from KwikMed’s U.S.-licensed physicians. The consultation is free, and the medications are cost-effective.