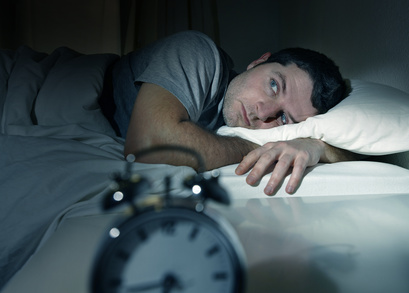 A small Chinese study has finally produced a potential answer to the questions surrounding insomnia.

Why do certain people experience the inability to sleep or have restless nights trying to sleep? The answer may come down to abnormalities in the brain’s white matter.

The white matter of the brain is considered the tissues that create connections and allow information to be carried between the different parts of the brain.

The specific portions of the white matter that has the abnormalities leading to insomnia are the areas which regulate sleep, wakefulness and cognitive function. When these connections of white matter are interrupted, we exhibit the results of this by having difficulty falling or staying asleep.

It’s believed that nearly 5% of adults suffer from insomnia, a type of sleep disorder.

The study involved the use of an advanced MRI technique and the recruitment of 23 people with primary insomnia in addition to 30 other healthy participants.

This advanced MRI method known as DTI (diffusion tensor imaging) looks at the pattern of water movement in the white matter. These movements help them identify any irregularities that may be present.

Often, those suffering from insomnia also report depression, anxiety and other mental health issues. It’s often been debated which came first – the lack of sleep or emotional disturbance.

While the brain is constantly restoring itself, researchers remain unsure if insomnia treatment could actually restore lost connections in the white matter.

There are still many questions surrounding the study but we may be getting one more step closer to understanding and successfully treating those who suffer from insomnia.