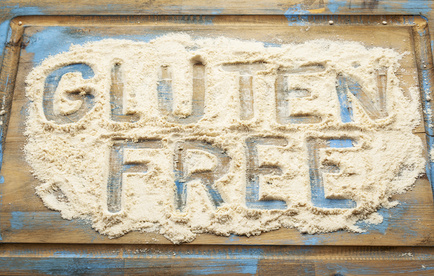 While labels touting “gluten-free” ingredients are on nearly every grocery store shelf, did you know that the amount of people who are sensitive to gluten is actually very small? In fact, it’s estimated that only 1% of the U.S. population is impacted by celiac disease and around 10% have a poor reaction to it which is referred to as non-celiac gluten intolerance or simply gluten sensitivity.

So why does it seem like every product we see is shouting loud and clear that they are gluten-free? Well, marketers are tricky and have a way of jumping on board with the latest fad. Many of us aren’t actually sensitive to gluten at all yet we have a bad association with it in our minds and if given the option between a product containing gluten and the same gluten free, we are more apt to go with the gluten free one.

Those who are suffering from celiac disease however will gladly voice their praise for clear labeling. For the nearly two to three million Americans impacted by this disease, eating gluten, or even coming into contact with a utensil that has touched gluten, can be enough to set off a chain reaction of stomach issues, resulting in permanent damage to the small intestine.

So what exactly is gluten? It’s a type of protein that is used often to improve the texture of dough in food products. It’s found in wheat, rye, triticale (which is a cross of wheat and rye) and barley.

So if you are one of the nearly 93% of the people who don’t have a reaction to gluten, is there any benefit to saying buh-bye to all those gluten filled products? As a TIME article reported on the subject, “Many anti-gluties will surely tell you they feel better, fitter, more energetic…” It’s believed however that going gluten-free tends to have a placebo affect like so many food fads that have come and gone before.

Bottom line: Unless you have a specific gluten allergy or celiac disease, most experts agree there is no reason to avoid eating gluten.