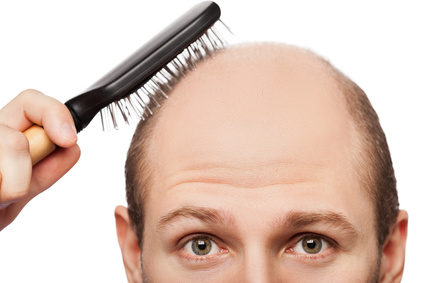 For many men, balding is unavoidable but that doesn’t stop it from coming as a surprise. One day you are looking at a healthy and aesthetically pleasing hairline, the next you are noticing stray hairs in your comb and on your pillow. Thanks to a new treatment however, we may be seeing a revolutionary breakthrough in hair regrowth therapy.

The drug used for this therapy is one that may be a bit of a shock – it’s actually an arthritis medication.

This discovery came about when a 25-year-old man had a strange disease that left him completely bald. His disease not only impacted the hair on his head, but also all body hair. With the help of the arthritis drug, this man regrew not only the hair on his head but on his body including eyelashes, eyebrows and even facial hair.

In addition to the disease, this patient also had plaque psoriasis. After medical assessment, doctors at Yale determined that the patient would benefit from the use of 10mg a day of an arthritis drug. After two months of treatment, improvements were noticeable. After three additional months at 15mg, the patient began growing hair. At the eight month mark, his head was completely covered in hair.

It’s the hope of those involved in the study that a topical form of this medication may possibly help those suffering from acute alopecia in the future.