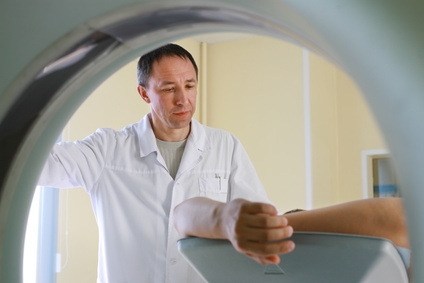 A new battle has been won in the war on lung cancer.

While some fear that smokers will view this as a green light to keep smoking, others in the medical field see the potential life saving value this new knowledge offers. In fact, lung cancer is currently the #1 cancer killer worldwide and by using spiral CT scans, rather than traditional chest x-rays, researchers have discovered that early detection may eliminate 20% of lung cancer deaths.

The team who made this breakthrough discovery was sponsored by the U.S. National Cancer Institute, who, over a five year period, studied a sample of more than 53,000 former and current heavy smokers. These participants ranged from middle-aged to elderly and were broken into groups who received two different typed of periodic screening. Some received three spiral CT scans a year while others received one annual chest x-ray.

As of the most recent numbers reported at the study’s end in October, 354 died of lung cancer from the group tested with CTs and 442 died from the chest x-rays group. Researchers concluded that those tested with the CT scans had a 20.3 percent lower risk of dying form lung cancer. The ramifications of this study may help save the lives of thousands of people worldwide in the near future.

One of the challenges with lung cancer, up to this point, has been early detection. Typically by the time a tumor is discovered, the cancer has spread to the point of creating an inoperable situation that can be treated  but will likely be fatal. According to the American Cancer Society, 157,000 people will die of lung cancer this year in the United States. On the tail of this study, numbers may decreases as more and more people take advantage of proper screening.

It’s hard to imagine that a groundbreaking study like this could be met with anything other than open arms, but the critics are asking a few questions. Will this have an impact on the way people view smoking? Will cigarettes be  seen as “safer” since early detection is now possible?

My immediate response is to say “no” to both of these questions. As an ex-smoker, I knew my risks while I was smoking and eventually quit to save my health. I don’t think any smoker would puff away without worry now that this type of study had been released. Yes, this is a big step forward in lung cancer detection, but it certainly does not prevent its occurrence altogether. While chances of survival may increase due to these early detection methods, in the end you still have lung cancer, though  your prognosis may be slightly better. Few smokers could argue that they don’t know they are hurting their health every time they light up that cigarette.

Unfortunately, even non-smokers are still at a higher risk if they smoked formerly or have been exposed frequently to second-hand smoke. It is important that these people realize that they too should take advantage of this new knowledge by also getting checked even though they are not “smokers.” While there is still no easy cure for cancer available, this new knowledge may help avoid fatalities due to this disease since early detection and treatment are the best defense modern medicine can currently offer.