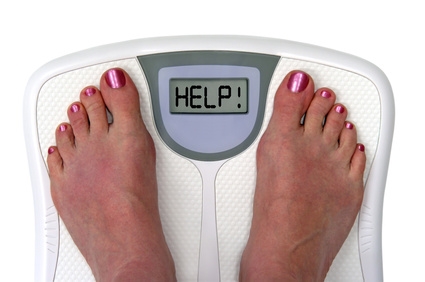 When the 2008 Disney Pixar movie “WALL-E” came out in theaters, images of the charismatic little robot were everywhere, but many adults couldn’t help but notice the not-so-hidden messages which were interlaced throughout the story. One of the most troubling, perhaps, was the way the human characters in the movie were depicted. Meant to be years in the future, the humans were so obese they no longer walked anywhere, in fact, they sort of resembled blobs.

In light of new research, perhaps this frightening depiction may not be so fictitious after all.

By the year 2050, the obesity rate in the U.S. is projected to hit 42%…”best-case” scenario. If this doesn’t scare you, perhaps it should. The new study announcing this data was released this week in PLoS Computational Biology and was conducted by Harvard University and MIT.

First off, the definition of obesity is often a topic of debate in itself. In this case, obesity refers to those having a body-mass index of 30 or higher. This index is commonly used as the standard and takes into account things like height and gender. While the U.S. Centers for Disease Control and Prevention currently estimates that the obesity rate is 34 percent in the U.S. while another 34 percent are overweight but they are not, by definition, “obese.”

So how can research predict 40 years into the future? Many different variables were taken into account during this research which required an examination of the current incidence of obesity “spreading” through social groups. These groups are considered to be made up of a person’s family, friends, neighbors and co-workers. Looking at the spread of obesity through social groups is known as the “social contagion theory of obesity.” A highly sophisticated study model was incorporated by researchers in which percentages were figured out by looking at obesity as an “infectious disease.”

In accordance with this theory, an average person has a 2% chance of becoming obese in any year of life while the number hikes up .4% with each obese person in that individuals social group.

When researchers look at it from the other perspective, it is said that those who are trying to lose the weight have a 4% chance of losing enough any year to be seen as overweight rather than obese. Unfortunately, while weight gain risks increase when around obese friends, being around average weight friends when you are obese does not appear to have any impact on weight loss.

This seems, perhaps, controversial to some but maybe more natural to others when you take a closer look. With the Internet and other at-your-fingertips type social networking tools, finding groups where we feel “normal” or where we can fit in, has become just a mouse click away. We gain support and encouragement from our friends in person and through remote contact. If we go out to eat with people our same weight, for example,  and eat the same amount of food, our eating habits don’t stand out as abnormal. This type of behavior helps us better understand why researchers are stating to believe that those you surround yourself with may have more of a bearing on your waistline than you ever thought.

So where is the silver lining in this study? Well perhaps those who are obese and have obese friends or family members can work together to motivate one another. When you look at this study, you can also see the flip side. The more you try to be healthy and lose weight, the better the chance you have to help your friends do the same if you stay motivated and lose weight together. While this study projects a frightening statistic, no one can predict the future. It’s up to us to take this information and fly with it. Obesity is a battle that can be fought and won – hopefully people will find a bit of hope in this message of warning.