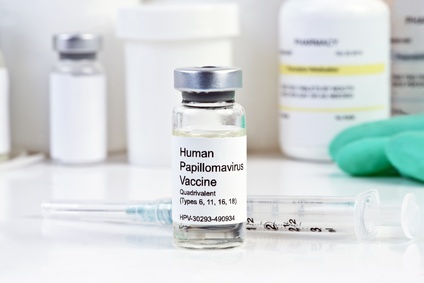 The human papillomavirus (HPV) has spent a fair amount of time in the headlines since the HPV vaccine, Gardasil, became available in doctor’s offices across the U.S.

According to the CDC, HPV is not one but rather a group of more than 150 related viruses. These viruses have been attributed to increasing the likelihood of developing certain cancers. Forty of these viruses can affect the genitals of both men and women.

Fortunately, most of these can be prevented with childhood vaccination.

Recently HPV has returned to the spotlight, this time for another potential health issue – head and neck cancer. While the increased risk of developing these cancers has been tied to HPV for some time now (along with other types like cervical cancer), a new study revealed just how much more at risk people with this virus actually are. The group of researchers from Albert Einstein College of Medicine in New York discovered that those with HPV are 7 times more likely to develop head and neck cancer.

For those who have already been vaccinated, this isn’t really an issue but for the more than the 79 million Americans currently infected this news is nothing short of terrifying.

The silver lining here, however, is that those most at risk of developing these cancers are easily identifiable by doing a simple mouthwash test. Samples were taken throughout the study revealing that those with the specific HPV-16 strand ranged from two times to 22 times more likely to develop cancer.

Most head and neck cancers caused by HPV are the result of oral sex with someone who is infected. Before more current research, head and neck cancer risk factors were largely pegged on smoking and second-hand smoke. Throughout the last 30 years (according to NBC news) there has been a large increase in these types of cancers in heterosexual males. This spike led health care professionals and researchers to seek out another cause and that’s how they discovered the correlation between oral sex, HPV and cancer.

For parents who are on the fence about vaccinating their children against HPV, this may be the tipping point leading them to make that important doctor appointment. Ideally, children of both sexes should start their first of a series of three vaccinations by the time they are 11 or 12.