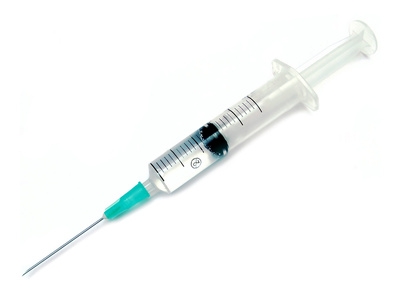 Researchers in China have been studying the first-ever hepatitis E vaccine (HEV239) over a trial period and have now concluded that it is nearly flawless.

After testing the vaccine’s efficiency in preventing against the HEV virus (which causes hepatitis E), the evidence was overwhelmingly in favor of the new vaccine.

The study included 112,000 healthy people age 16 to 65, half of whom were given the vaccine. None of the vaccine recipients  became infected with the virus 30 days after finishing the three shot series. While the three shots are intended to be administered over a six month interval, the study also revealed that an incomplete dose of just two injections administered over a one month period can still be effective.

The findings were published today in The Lancet, a world renowned medical journal.

While hepatitis E may be something we don’t hear a lot about in the United States, as many as 26,000 people die worldwide as a result of complications. The HEV virus is found mainly in areas of poor sanitation and is passed by fecal matter that enters into the food or water supply. This virus results in jaundice (yellowing of skin and eyes) and fever. Complications are particularly severe in pregnant women.

Unlike the other strands of the hepatitis virus, hepatitis E does not spread from person-to-person through bodily fluids or sexual contact. It can only be spread through contaminated water and food. Another main difference is that there is no chronic version of the infection, and full recovery is often possible. The mortality cases, however, typically involve pregnant women. According to the World Health Organization, occasionally a lethal form of the virus occurs  that will result in death during the third trimester in approximately 20% of pregnant women with the virus.

Adults suffering from liver disease are also at a high risk. Since hepatitis of all strands causes liver inflammation and infection, the virus can be deadly for those with preexisting liver maladies.

The vaccine appears to be well tolerated in adults and is thought to be a breakthrough for many areas of the world where clean food and water are not as easily accessible. As far as use in the United States, the vaccine would be particularly helpful for those who are traveling to developing areas of the world or people who are at high risk of infection due to liver problems.