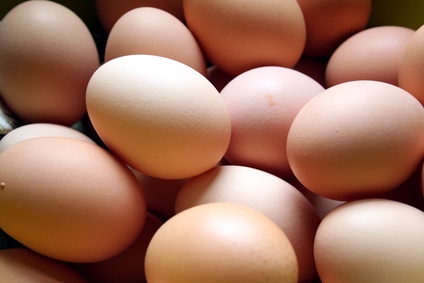 In the midst of one of the largest egg recalls in United States history, how can you protect yourself from this illness-causing bacteria? This is the question being asked all over the nation this week.

It began a week ago (August 13th), when Wright County Egg in Galt, Iowa, voluntarily recalled  220 million eggs from the market in response to hundreds of reports of salmonella cases thought to be a direct result of eating their eggs. Now, the outbreak is more widespread than that. Thursday the number was bumped up to 380 million eggs to be included in the recall.

What makes this even more tricky is that Wright County Egg supplies eggs around the country under 143 different brands. The brands that are believed to be affected are, Albertson, Boomsma’s, Dutch Farms, Farm Fresh, Hillandale, Kemps, Lucerne, Lund, Mountain Dairy, Ralph’s, Shoreland, Sunshine, and Trafficanda. They eggs are believed to be in distribution centers in the following states: Washington state as well as California, Arizona, Missouri, Minnesota, Texas, Georgia, Oregon, Colorado, Nevada, Iowa, Illinois, Utah, Nebraska, Arkansas, Wisconsin, and Oklahoma.

Today, another farm has enacted a voluntary recall, Hillandale Farms of Iowa. A press release was issued by the farm this afternoon and distributed by the Egg Safety Center. the following brands may be affected : Hillandale Farms, Sunny Farms, and Sunny Meadow in 6-egg cartons, dozen-egg cartons, 18-egg cartons, 30-egg package, and 5-dozen cases. Loose eggs are packaged under the following brand names: Wholesome Farms and West Creek in 15 and 30-dozen tray packs.   The loose eggs may also be repackaged by customers.

What is Salmonella?
According to the Mayo Clinic, there are over 2,000 types of salmonella bacteria, but only about a dozen of this cause illness in humans. Most often this bacteria results in extreme stomach discomfort and can lead to diarrhea, nausea, vomiting, headache and many other symptoms. There are two main types, gastroenteritis and typhoid fever. The most common type of salmonella is the first and while it is often very uncomfortable it normally is treatable. In frail aging adults or young children, however, more serious conditions can result. Typhoid fever, often is fatal. This type of salmonella does not ordinarily originate in the United States, but is sometimes brought back by travelers from developing countries. Both current outbreaks are gastroenteritis.

Where do these outbreaks come from?
Typically these outbreaks originate from the the feces of an infected animal. In  this recent Wright County Egg outbreak it is believed that rodents carrying the bacteria are to blame.

Am I at risk?
While the numbers of the newest recall are not yet in, the Egg Safety Center has made the following estimate that many may find reassuring- the risk of eating an egg infected with salmonella is nearly one in 20,000.

For the latest egg recall info, check out the Egg Safety Center.