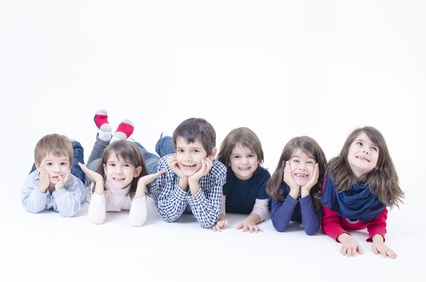 Whether you were an only-child or perhaps one of five, you probably wanted more or perhaps fewer siblings at some point in your life depending on the side of the fence you were on.

As a member of a large family, you may have even envied those who were only-children. A new study however has revealed that having many siblings may increase your odds of a lasting marriage.

It all comes down to a pretty basic concept – if you grew up with lots of siblings, your threshold for dealing with others is likely much higher, you probably learned to form alliances with certain siblings when necessary and you are more likely to want to be with others than to be all alone. These are just a few of the factors that may be attributed to the increased chance your marriage will survive the ever-climbing divorce rate.

This recent study was conducted by a group of sociologists from Ohio State University.

When the numbers were crunched, it was revealed that only 4% were only-children, 80% had married, with 36% of them divorcing at some point.

Here’s where the number of siblings come in.

With each additional sibling a subject had, there was a 2% decline in the odds of divorce.

This is the first study of it’s kind to result in solid evidence that having more siblings decreases your risk of divorce. The majority of studies we have seen up to this point involving siblings show traits associated with birth order etc.