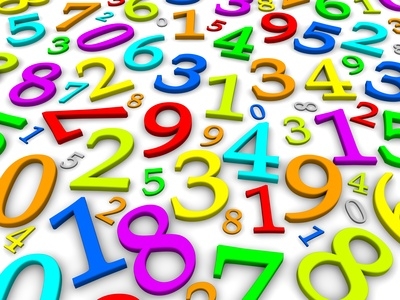 It may sound more like a dream or an abstract painting, but for 2% of the population, numbers are a much more sensory experience. Not sure what that means? Well imagine if you looked at a number and ever since you can remember, it has had a color, gender or maybe even a taste or smell associated with it. This is reality for those with synesthesia, an unusual condition which results in this highly sensory experience.

Until reading a recent CNN blog post, I had never heard of this. In fact, if you described the scenario to me prior to learning about the condition I would have thought perhaps it was some strange drug induced side effect or simply the makings of an odd, yet thought provoking, painting.

Until recently, it was difficult for scientists and medical professionals to understand why certain people were affected. At the annual meeting of the Society for Neuroscience 2010, more light was shed on the condition. In a press release following the meeting, this statement was published regarding the “why” mystery surrounding this unusual condition.

“In people with synesthesia, scientists found the brain’s color-processing area was active five to 10 milliseconds after the visual processing areas, suggesting synesthesia occurs through direct communication between the senses.” (speaker David Brang)

This simplistic sounding explanation is actually a highly complex clue into how the brain works and processes information. It was also discovered that the hippocampus contains extra connections in people who find that numbers remind them of colors. In those who actually report that they see the colors in the numbers, there is even greater connectivity in the brain. Both types of the condition are found in people with extra white matter in the brain.

While perhaps the most commonly noticed form involves numbers, others who have synesthesia report having strong associations with words to food, tastes with sounds and others seemingly crisscrossed sensory paths.

Many feel that perhaps they are more creative this way. Instead of using simply what most of us would think of as the typical senses when experiences a common sight, taste, smell or sound, people experiencing synesthesia actually have two seemingly different sensations which overlap at once.  In the blog post comments on the CNN site I was fascinated to see how many various views were expressed. While some people were angry that other people posting referred to it as a “disorder” rather than a “gift,” others were realizing that what has set them apart as “odd” in the past is actually a medical condition.

The mind has always fascinated me and I have to say, reading about this condition this morning woke me up faster than my cup of coffee. When we have a hard time understanding why we are not all the same, it’s discoveries like these that show us that while we all members of the common human race, we have very different experiences and perhaps even different brain functions which truly shape the way we perceive the world around us.

Do you relate to any of the scenarios mentioned in this post? Do you know anyone who does?