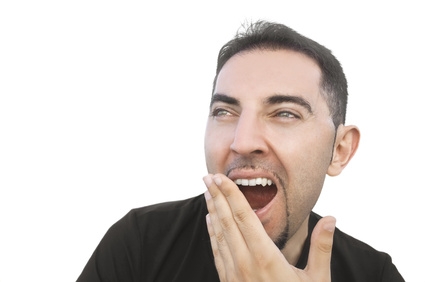 The idea of empathy is one that has left people wondering numerous things. Perhaps the most common of these include: what exactly is empathy? Is is something I can learn myself or teach my children? Why do some people have no empathy at all and others seem to have so much that they feel for everyone and everything?

First off, let’s start by defining empathy (Dictionary.com)- The intellectual identification with or vicarious experiencing of the feelings, thoughts, or attitudes of another.

The medical implications of empathy (BBC News Health) – The chemical testosterone may reduce the ability to empathize and during development, babies exposed to higher levels seem to have a higher level testosterone are more likely to develop autism. One of the main characteristics of autism – inability or difficulty socializing and empathizing. Researchers are now finding that perhaps there could be a valuable link between the two trains of thought.

In order to test this correlation, UK and Dutch researchers administered testosterone to 16 female volunteers. These women (once given the male sex hormone) had a more difficult time judging “the mood of facial expressions they were shown.” This goes against the traditionally enhanced ability women have with this type of “mind reading.” The increase in testosterone did seem to have an effect on their ability to recognize emotion and emphasize, showing that perhaps this is why many women can’t understand why sometimes men seem oblivious to certain actions or statements they make – testosterone may actually be responsible for this.

So how does it tie into autism?
Researchers and medical professional understand how autism works to a degree, but not fully. While part of the factors leading to this behavior may be environmental, there is also another genetic component that is not yet completely understood. New studies, as mentioned in the BBC article, show that perhaps an “extreme male brain” resulting from testosterone exposure during development in the womb, may play an intricate role in autism.

By normal figures, men are more likely to have autism than women (1 in 4) and naturally men have higher levels of testosterone than women. This we know already. But when the experiment proved one key area of autism  – the inability to empathize – is more present in those with higher testosterone levels,  we see yet another clue as to the effect of testosterone’s presence in the body.

So can we go ahead and say this is a definite cause-and-effect situation? Don’t count on it just yet. There is one other strange part to take into account…and it may be something you never even thought of.

Traditionally, men and women have a slight difference in the way their fingers are constructed. While men typically have an index finger that is shorter than the ring finger, women are more apt to have nearly the same length index and ring finger or a longer index finger than ring finger. Why? It’s just how we are made. Now in this research study, the women with finger lengths more similar to the traditional male hand ratio than then woman’s were the most “man-like” in the first place and therefore more likely to be apathetic. Many believe this to be one indicator of testosterone exposure before birth. In fact, researchers have hypothesized for some time now that men with a great difference in the lengths of both fingers also display more traditionally male characteristics such as aggression and difficulty being empathetic.

While no one seems to be certain what this means for autism yet, many believe it may at least a step towards finally cracking the mystery of why and how autism effects some children and not others. Testosterone levels can be tested by amniocentesis, so it stands to reason that if this link proves to be a substantial one, perhaps we will know what babies are likely to develop these autistic behaviors and can receive therapy to help them socialize at an earlier age.