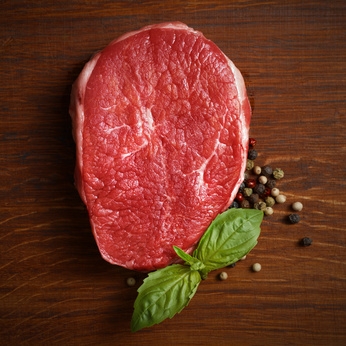 Most of us have been told time and again that we need protein in our diets in order to stay healthy. Research now shows us that moderation is key. Too much protein can actually lead to an early death, especially for those who are middle aged. Specifically, an abundance of protein coming from animals is the issue.

After nearly 20 years of tracking the health and nutrition patterns of adults, it became clear that middle aged people who consumed a diet full of animal protein were actually four times as likely to die of cancer than those with lower protein diet. The risk of diabetes also increases and the risk of death in general doubles.

Strangely however, the risk seems to apply mainly only to the middle age population. For those over the age of 65, an increase of protein is recommended. This is because it may be harder for many older adults to maintain a healthy diet and weight on a lower protein meal plan.

The guidelines that researchers believe are appropriate for middle age adults are as follows:

* About 55 grams of protein for a 150 pound person.
* This equals roughly one 8 ounce piece of meat or or a few cups of dry beans.

On average it’s believed people consume about twice the amount of protein their bodies need and for those who are middle aged, this can have negative consequences.