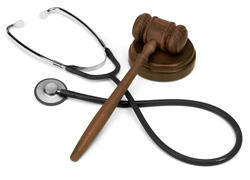 Suppose you are a politician. You feel very strongly that socialized medicine, managed and paid for through the federal government, is the ‘right thing to do.” But 60% of the voting public, and 100% of the insurance industry disagree with you. How could you get a single-payer, socialized medicine system in place?

Here’s one idea. Maybe you could craft a very complicated web of new laws, agencies, and regulations that would slowly put private insurance out of business. Disguise it all as ‘reform,’ to help people who can not afford, or choose not to purchase, private insurance. Roll it out slowly, over several years, so as to limit public perception of the changes, and to pass culpability on to your successors.

There are a few key things to make this work.

1. You must require insurance companies to cover more people, and increase their risks and losses.

2. You must limit how much insurance companies can raise their rates.

3. You need to expand the government-subsidized plan, to cover anyone who can’t or won’t get normal coverage.

4. Of course, you’ll need to raise new taxes to pay for this new entitlement.

Slowly, over the course of several years, massive economic losses will bankrupt the private insurance companies. As those companies fail, more and more people will be forced onto the publicly-funded single-payer system. As the subsidized plan expands, and private insurance premiums rise, small businesses will be less able to afford coverage for their employees, and will end their medical benefits, moving their employees to the public system. The more people that leave the private insurance roles, the more risk those insurers will see, and the more money they will lose. In just a few years, all private insurers will be out of business, and everyone will be on the publicly-funded insurance system. The politicians can claim “we didn’t intend this, I guess those profiteering insurance companies couldn’t compete.” But the game is rigged from the beginning, and there is no way to compete with a government agency that has a limitless supply of taxpayer money.

This may seem like a far-fetched, tinfoil-hat-wearing, conspiracy theory. But the end result described here may be a reality, intended or not. The new federal healthcare laws, rules, agencies and entitlements are modeled largely on the similar 2006 Massachusetts laws.

Is Massachusetts Foretelling the Future of ObamaCare?

So far in Massachusetts, private insurers have seen massive losses, been limited in raising their premiums, and as a result, have stopped issuing policies because they can’t be sure that they can afford to pay benefits. We have covered this before, here. Despite the attempts to limit rate increases, the Massachusetts system has created the highest premiums in the country, and the insurers are still losing money. The six main insurers in Massachusetts are all non-profit entities, not profiteers. Now, as reported last week in the online version of the Boston Globe, small businesses are starting to cancel employee medical benefits, and telling their employees to enroll in the state-funded Commonwealth Care instead. It is MUCH cheaper for employers to pay the fine for NOT covering their employees, than it is to actually provide medical benefits.

Whether it was planned this way from the beginning, or it is a massive case of unintended consequences, the pieces are all falling into place to create a single-payer system. It has taken four years for the effects to be noticed. How long will it take for similar effects to appear at the national level?