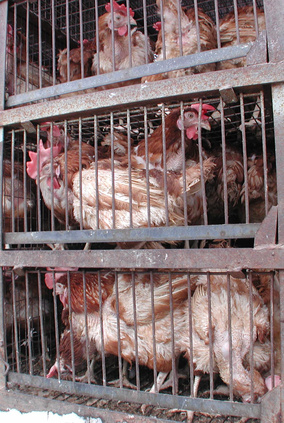 The United Nations’ Food and Agriculture Organization issued a statement on Monday warning that the bird flu is mounting a comeback and its latest incarnation may be immune to current vaccines.

This new variation of bird flu, H5N1, is already endemic in China and Vietnam and due to the latest wild bird migrations is showing up in countries that have been virus free for years such as Israel, Mongolia, Bulgaria, Romania and Nepal. According to the World Health Organization there have already been 49 cases of human cases of infection and 25 deaths this year, many of them in Cambodia and this number is expected to grow.

The bird flu was originally passed from birds to humans in 2003 and since then has been responsible for 565 cases in humans resulting in 331 deaths. After reaching its peak in 2006 outbreaks were eliminated in most of the 63 countries that had experienced infection, mainly due to the elimination of hundreds of millions of domestic poultry but ever since reaching an all time low in 2008 infections have been steady on the rise and remain a major epidemic in China, India and Vietnam. Already this year there have been more cases and more deaths than in all of 2010.

While it is wild birds that introduce the virus it is the production of domestic birds that enables it to spread. The virus can be spread through contact with the feces of infected birds; if domestic poultry is kept in close quarters or unsanitary conditions it makes it that much easier for the virus to flourish and spread. There is no risk of infection from consuming poultry and eggs as the virus is easily killed by properly cooking food. Humans usually become infected after coming in contact with infected poultry or their living quarters.

While there is currently a H5N1 vaccine, the virus is able to change and mutate rapidly making previous vaccines quickly obsolete. As the virus continues to mutate it will be in an arms race with scientists who are always trying to stay ahead of the latest viral strain.