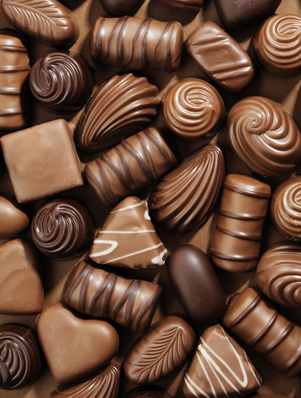 Good news for Chocolate lovers. The latest study reveals that eating chocolate can reduce your risk of heart attack or stroke but researchers remain cautious of recommending that people add an item high in fat and calories to their diet.

Researchers are hesitant to get too excited about these results so far though as none of the studies used accurate measurements of the quantities of chocolate people were consuming or what variety of chocolate they ate. In the results released on the 29th in the British Medical Journal researchers stressed that it was too soon to make any dietary recommendations based on the most recent findings and emphasized again that eating too much chocolate could cause heart disease, diabetes and obesity.

While all types of chocolate were included in these studies, making it hard to know which if any packs the most nutritional punch, researchers believe that dark chocolate will come out the winner.  Dark chocolate contains less sugar and milk than most other commercial chocolate products and is rich in flavonoids the antioxidant found in cocoa plants. Flavonoids are believed to have a number of health properties from being an anti-inflammatory to preventing blood clots and relaxing blood vessels. Researchers also believe that flavonoids can help reduce the risk of diabetes by improving insulin sensitivity.

At the end of the day researchers are still convinced it’s much too soon to recommend adding chocolate to one’s diet. There is no way to prove right now that it is actually something in the content of the chocolate itself. Some scientists believe that it is the overall relaxing effect from indulging occasionally in sweets that has a good effect on the heart while others warn that it is common for people to underreport the amount of sweets they eat making it hard to trust the numbers generated by the studies. It really always comes down to one thing; moderation. Feel free to enjoy a little chocolate here and their but don’t overdo it.