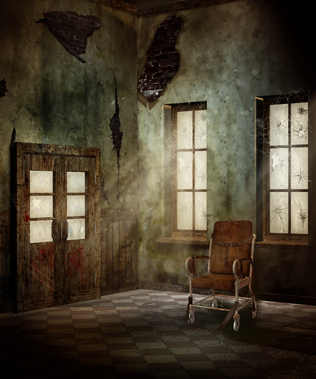 In the 1940’s a group of American researchers, backed by the U.S. government went down to Guatemala and deliberately infected 1,300 people with STD’s including syphilis and gonorrhea. Now thanks to an investigation by the Obama administration and the Presidential Commission for the Study of Bioethical Issues a light is finally shining on one of the darker and more disturbing moments in U.S. medical history but with pharmaceutical companies still testing their drugs in third world countries today, has that much really changed?

In 1946 the U.S Public Health Service sent a team of researchers, headed by Dr. John Cutler, to Guatemala to conduct tests to see if the recently discovered penicillin could be used to prevent STD infection. Cutler’s team drew at least 5,500 people into their experiments, mainly prisoners, prostitutes, soldiers and the mentally ill and infected them unknowingly with STD’s. According to the recent commission less than 700 were later treated for the infections, how adequately remains unknown, and at least 83 died.  While the commissions’ final report is still a month away these experiments are being called particularly unethical even when put into historical context. As Anita Allan, a member of the commission, is quoted as saying “The researchers put their own medical advancement first and human decency a far second.” If it hadn’t been for the discovery of Dr. Cutler’s files by a Wellesley College medical historian last year these atrocities might have been lost forever but with the commissions help at least some of the worst atrocities can be exposed.

Most shocking so far is the case of a female patient who was already infected with syphilis. Instead of treating the illness researchers infected her eyes and other orifices with gonorrhea because they were curious as to the effects of a double infection. They also gave her an additional syphilis infection for good measure.  The woman died 6 months later. In another case 7 women residing in a mental hospital with epilepsy had syphilis injected into the back of their skulls; all of them later suffered from bacterial meningitis. The commission has determined that the doctors never informed their subjects of what they were participating in and actively hid what it was they were doing. Ultimately no useful medical knowledge was derived from these cruel and depraved experiments.

Dr. Cutler was also involved in the Tuskegee experiments in Alabama in which hundreds of African American men with syphilis were left untreated so that the disease could be studied without their informed consent. This atrocity continued until 1972 until public outcry finally brought the experiments to an end.

In light of the commission’s findings perhaps we need to rethink our ethical responsibility when it comes to the way we test medicines. Today pharmaceutical companies still attempt to speed up the FDA approval process by going into third world countries and testing medications on poor and oftentimes unknowing people. It is important to continue to shine a light on the ethics involved in treating any human regardless of race, economics or social status as a guinea pig in the name of science.

Many of Dr. Cutlers files can be found in The National Archives.