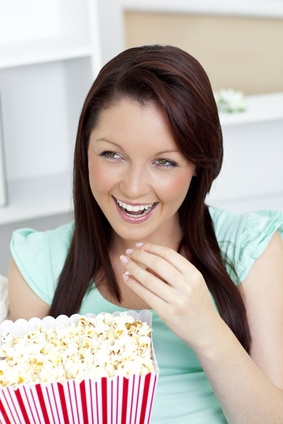 A common phrase in old-school wisdom says, “laughter is the best medicine.” People have long suspected that laughing, and a generally positive, humorous outlook on life, will make a person feel better. But is this just on the surface, applying specifically to your current mood, or is there something deeper? Maybe something physiological, biological, or systemic? Scientists and doctors have studied this for years. Most studies reveal a definite link to general well-being, and possibly a placebo effect related to healing, but now we have clinical evidence of an actual physiological response to laughter.

A recent study conducted in California revealed that ‘mirthful laughter’ has an effect on the body that is similar to moderate physical exercise. Subjects were shown two videos in controlled circumstances: one, a very serious, distressing movie clip, and the other, a comedy clip. When watching the stressful clip, the participants showed little physiological change, but, according to the article, “the subjects who watched the humorous video had changes in blood pressure and also changes in the leptin and ghrelin levels.” These responses were similar to doing repetitive exercise.

These researchers were building on previous studies which they have conducted since the 1980s. In these earlier studies they have already “…established that laughter helps optimize the endocrine system, reducing stress by decreasing levels of cortisol and epinephrine. They demonstrated laughter’s positive effect on modulating components of the immune system, increasing production of antibodies and activating the body’s protective cells.”

In an unrelated study, published by the University of Maryland in 2005, researchers found that laughter actually improves the function of blood vessels. From the report: “Laughter appears to cause the tissue that forms the inner lining of blood vessels, the endothelium, to dilate or expand in order to increase blood flow.” This study also used stressful and comedic movie clips to illicit responses. In this case, the stressful movie clip actually caused a diminished blood vessel function, while the comedy clip caused an increased blood vessel function. “The magnitude of change we saw in the endothelium is similar to the benefit we might see with aerobic activity, but without the aches, pains and muscle tension associated with exercise,” said Michael Miller, M.D., the principle investigator.

So, if we now know, conclusively, that laughter is really good for you, how do we incorporate laughter into our everyday life? I found a web page here that gives some great advice. Basically, try to think about the positive and funny things in your life more than the stressful or difficult things. Try to actively seek funny and light-hearted things, in your work, play, and socializing. It may take some work, but with practice and vigilance, you can make laughter work for you, and stay healthy at the same time.