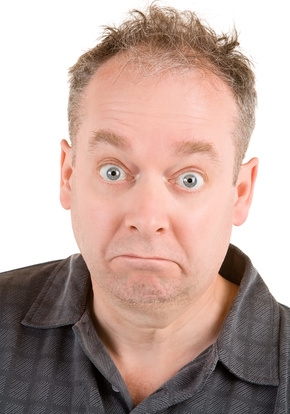 When it comes to most things gender or sex related, no matter how strange or unusual, people are at least a little curious. I randomly stumbled across an article on the topic of “male menopause” and decided to take a closer look at this bizarre sounding condition.

Now right off the bat I realize “male menopause” sounds a bit unlikely, but according to extensive research of men over the age of 50, the idea may not be so far-fetched. As men age, testosterone levels begin to decline, often  leading to several unfavorable side effects.  Some of these changes are said to be similar to those experienced by women during menopause when estrogen levels begin to decline.

Not everyone draws a connection between the decline in testosterone and menopause however.

Within the medical community, there continues to be some debate over the concept. The more widely accepted medical term for low testosterone and the accompanying symptoms is andropause. However, it seems that no matter what you call it, this idea is not accepted by everyone.

The World Health Organization is one prominent example of a group who continues to reject the concept that andropause or “male menopause” is a true medical condition. The fact that testosterone begins decreasing with age, however, is a much more widely accepted idea. In fact, it’s thought that levels may begin dropping in men as early as age 30 by as much as 1% to 2% a year. As a man gets older, the rate of decline  speeds up, reaching as much as a 50% drop by the age of 70 in some men.

Unlike the cessation of estrogen production and menstruation associated with menopause, testosterone production does not halt completely. For women, menopause results in symptoms like hot flashes, mood swings, depression, anxiety, fatigue and more. When men begin noticing a lowered libido and other symptoms of a testosterone decrease, it’s typically around the same time that the stereotypical “mid-life crisis” sets in. Suddenly a brand new candy-apple convertible or an Orange County Chopper-style bike seems like a good idea. Well just as women often site changing hormones as a reason for shopping splurges and funky mood swings,  some feel that maybe a midlife crisis is a man’s way of dealing with hormonal changes in his body.

Similarly to menopause in women, some men experience depression, fatigue and weakness as testosterone levels continue to drop. Testosterone has a lot to do with driving male sexual desire and for some, lowered levels are partially responsible for the inability to achieve or maintain an erection long enough for sex. Many times, the depression and anxiety worsen as feelings of shame and frustration accompany the inability to be intimate with a partner.

Most doctors recommend having a lab test done to identify any other conditions that may also contribute to erectile dysfunction.

So what does this mean for men? Whether you agree with the terminology or the parallels drawn between the sexes, low testosterone affects roughly 4 to 5 million men in the United States and is associated with a variety of symptoms and unwanted side effects.